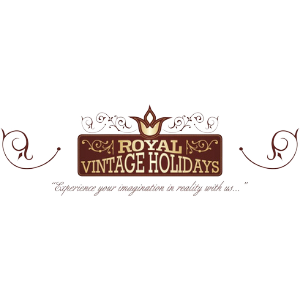 Get our assistance for easy booking

Get the Best Holiday Planned by Experts!

Enter your contact details and we will plan the best holiday suiting all your requirements. 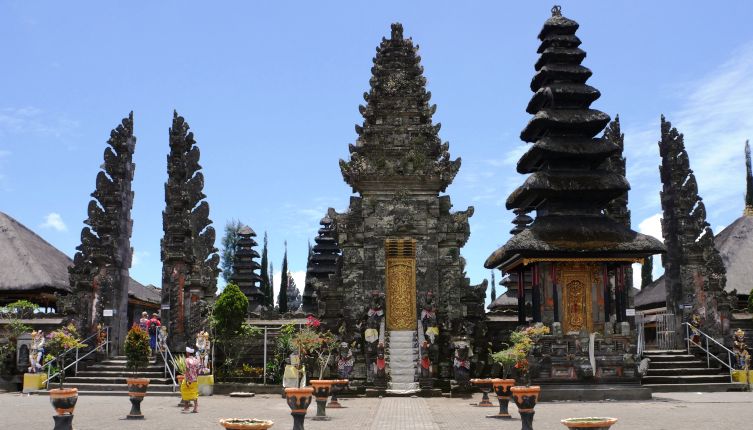 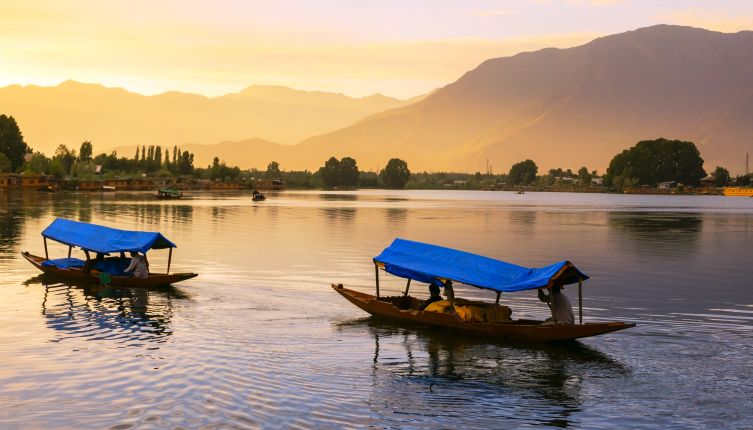 Shankaracharya Temple(Hindu Shrine) – Situated on the highest hill of Srinagar, it is nearly one thousand feet above the city. The temple commands a magnificent panoramic view of Srinagar city. It is devoted to lord Shiva. The site dates back to 2500 BC. The philosopher Shankaracharya stayed at this site when he visited Kashmir ten centuries ago to revive sanatan dharma. NishatBagh(Garden of Pleasure) – The largest Mughal garden situated on the banks of world-famous Dal-Lake in the backdrop of Zabarwan hills encircles the Dal Lake. Empress Noor Jahan’s brother Asif Khan laid the Garden in 1633 AD. Nishat has seven terraces with a beautiful central water course flowing right in the middle. These terraces rise dramatically off the mountains from the eastern part of the lake.

Shalimar Bagh (Garden of Pleasure) – It was planted by Mughal emperor Jehangir for Empress Noor Jahan in 1619 AD and later extended in 1727 A.D. by Shah. Shikar ride at Dal Lake. Dinner & Overnight stay at hotel. 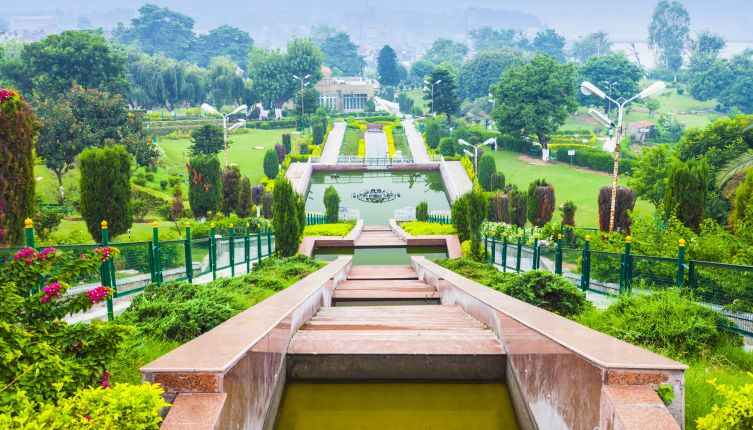 Srinagar To Gulamrg To Srinagar (110 Km):

Gulmarg It was discovered as a tourist destination by the British in the 19th century. Prior to that, Mughal emperors vacationed in the Gulmarg valley which is about 03 kms long and up-to 01 km wide. It is exquisitely situated in a pine surrounded basin of the Pir Panjal range at an al 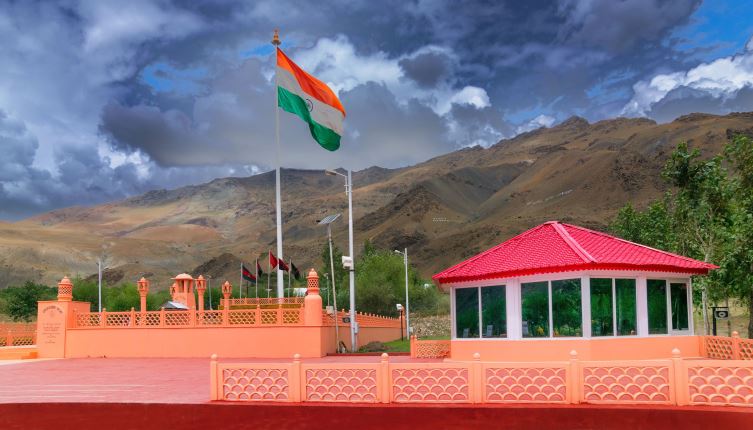 Pick up from Srinagar and drive to Kargil via Sonamarg – the Meadow of Gold Depart from Srinagar as per road opening timings. The drive to Sonamarg is another spectacular facet of countryside in Kashmir in Sindh Valley. The Sindhu Valley is the largest tributary of the valley of Kashmir. Drive to Kargil the road passes through the panoramic village reach Sonamarg (2740 Mtrs). After Sonamarg mostly there is a rough road and wet to Zojila pass 3527 Mtrs (Gateway of Ladakh). Continue to drive towards Drass (The second coldest inhabited place in the world). Another two and half hours’ drive will take us to Kargil (2710 Mtrs) which has got its importance after opening the Ladakh for tourists in 1974. Dinner & Overnight stay at the hotel. 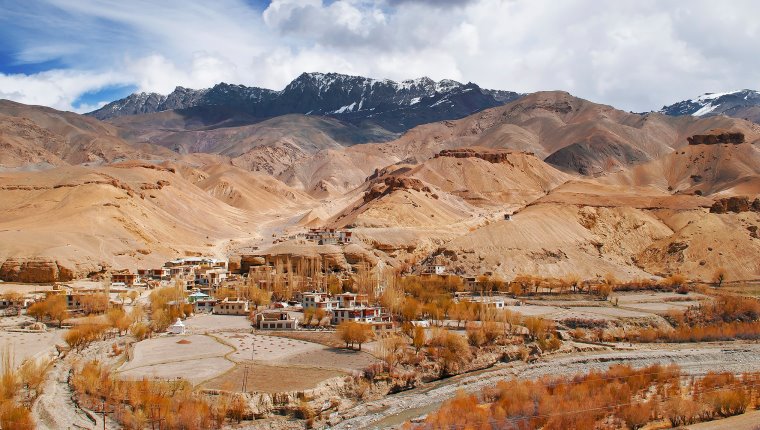 After an early breakfast drive to the pristine valley of Suru valley. Suru is a high-altitude green oasis with snow-capped peaks and the mighty Suru river snaking through its valley. Drive up to the Parkachik glacier at the foothills of the Nun Kun peaks, Ladakh’s two highest mountain peaks. The highlight of this drive is a visit to the third and the tallest of the three Matetriya Buddha statues in the historic village of Kartse Khar. Explore the historic village on foot and walk up to the fort ruins of this erstwhile Ladakhi Chiefdom for a spectacular panorama of the valley. Enjoy packed picnic lunch by the river. Visit the historic village of Kartse Khar to witness the 7th Century Rock cut Maetriya Budhha statue, later visit Kargil. Srinagar. Dinner & Overnight stay at hotel. 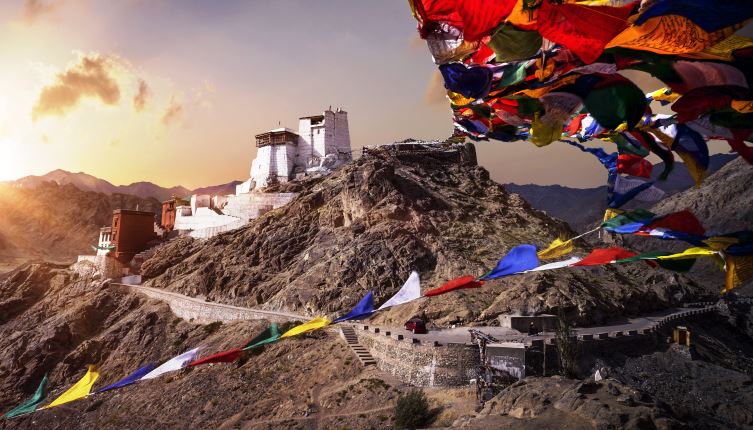 Depart from Kargil after early breakfast, en-route visiting the monastery of Mulbekh & Lamayuru & Moon landscape passing through Namkila & Fatula Passes, the highest pass on the Srinagar – Leh road and proceed to Leh Enroute visit 1000 year old Alchi monastery the only Gompa in Ladakh region on flat ground. Thereafter proceed to the confluence of Indus & Zanskar river (Sangam) drive along the Indus river visiting, Pathar Sahib Gurdwara and Magnetic Hill (where the cars defy gravity), further on to Leh Hall of Fame (which has a museum of the Kargil War memorabilia). Dinner & Overnight stay at hotel. 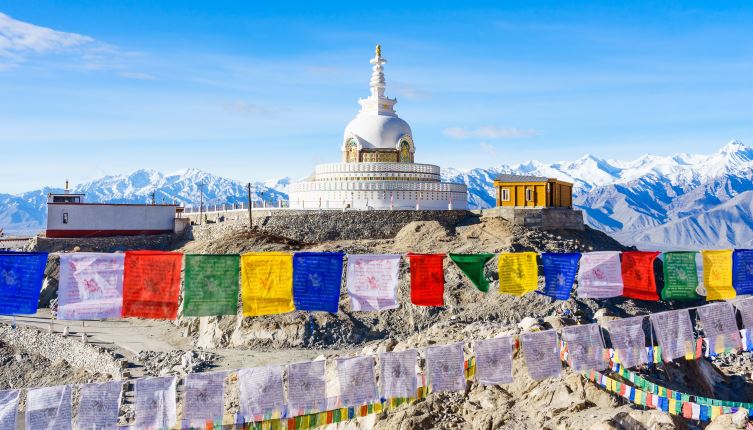 After a leisurely breakfast, we drive to visit Thiksey Monastery, located on a hill-lock with formidable views of the Indus valley. Thiksey is especially noteworthy for its gigantic seated statue of the Maitreya Buddha and is also known for its (Dukhang) assembly hall which houses hundreds of rectangular prayer books, stacked between wooden covers and bound in silk. After Thiksey we drive back to Leh through series of chortens to visit Shey Palace the former summer palace of the King of Ladakh. Later visit Shanti Stupa a Buddhist white-domed Stupa on a hilltop in Changspa, It was built in 1991 by Japanese Buddhist Bhikshu, Gyomyo Nakamura and part of the Peace Pagoda mission. Later also visit Leh Palace is a former royal palace overlooking the town of Leh. The palace was constructed circa 1600 by Sengge Namgyal. Dinner & Overnight stay at hotel 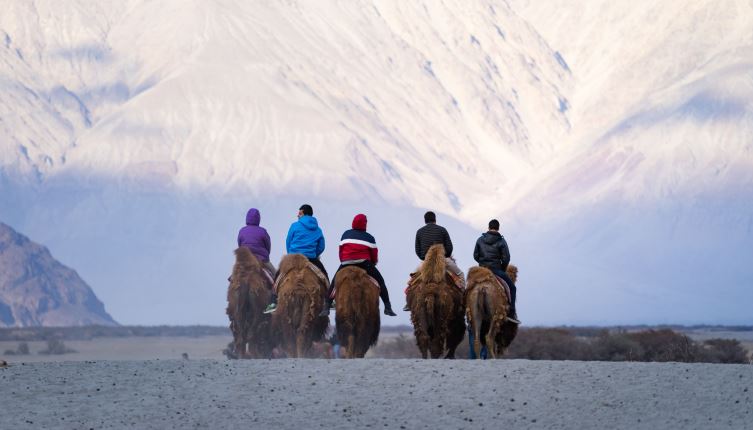 Today at morning drive to Nubra valley, driving over the highest motored pass in the world. The exciting journey through serpentine roads lead you to the Khardungla Pass at an awesome height of 5550 meters. We stop at the pass to admire and click some photographs of the fantastic view. The valley is situated on an old caravan route at the confluence of the Shayok and the Nubra rivers. On the way visit the charming valley, of Deskit – the tiny capital of Nubra. We will visit the Deskit Gompa, perched on a rocky spur above the village, with a commanding view of the entire valley. At Deskit Monastery you will visit 106-feet high, statue of Maitreya Buddha atop on the hill. The monastery has intriguing images of many deities. From Deskit we will drive to Hunder past an area of sand dunes and get acquainted with the famous Bactrian camels, small population of shaggy double-humped animals, which in the old days, were used as pack animals on the Central Asian Trade routes are now used as riding animals in the high deserts. We will ride the double hump camel at hunder on direct payment basis. In the evening we will drive back to the camp/hotel. Dinner & Overnight stay at Camp/Hotel 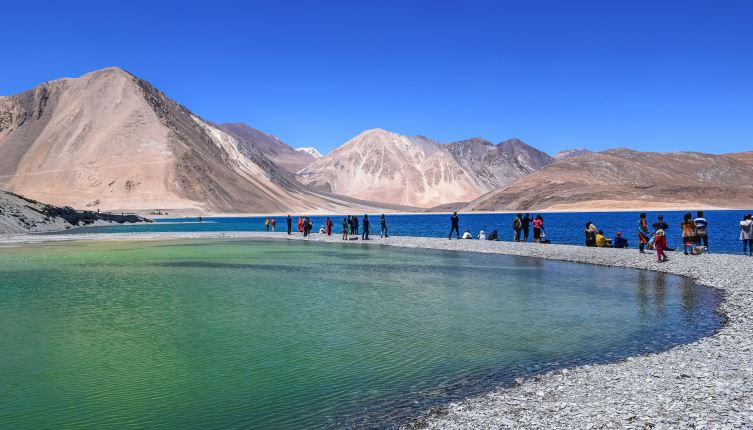 After breakfast at camp/hotel, we drive to the next destination Pangong Lake (situated at 14, 500 ft above sea level) via Shayok and onto Tang Tse and Spangmik (Pangong). It’s short cut and it’s a beautiful route. The road follows the Shayok river and climbs up a mountain before finally descending into Shayok village. It takes less than an hour to reach Shayok, and you will be delighted at the sight of the rather big village surrounded by barren mountains, the entire setting being very picturesque. Afternoon we reach at Pangong Lake and enjoy your day at Pangong Lake. Dinner & Overnight stay at Camp 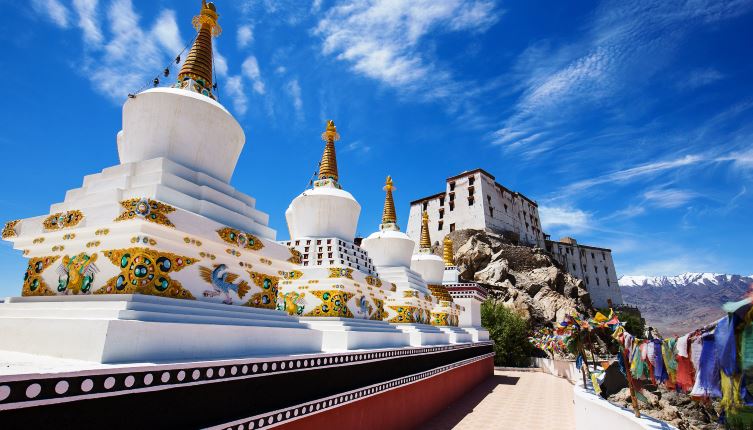 Get up early morning to witness the sunrise view at the lake. Enjoy your breakfast and drive back to Leh via Changla Pass 5486 Mtrs. Arrive Leh and check in at the hotel. Evening free for shopping or leisure. Dinner & Overnight stay at Hotel 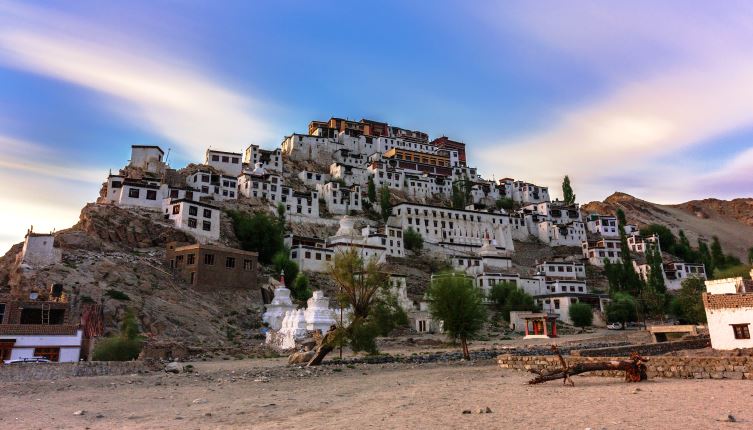 After an early breakfast, you will be transferred to the airport to board the flight towards your further journey.